Darn...nowadays, I am just in love with handmade jewelry.... 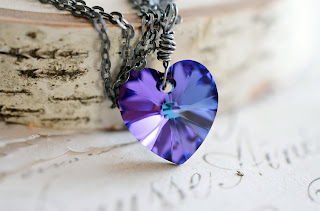 Kim Jewelry Design and its facebook page this allows me to browse the products within facebook!
Posted by Observer at 10:39 AM 19 comments:

Sometimes what I find interesting and confusing is the fact that everyone we hear cost of living has increase, and eventually this leads to many consumer goods becoming more pricey.

I don't think people foresee price of goods going down, which bring me the question. Can this be changed ?

Then I thought of something, which I believe many would observe is that for same good in a given year, the price may vary by location too. Meaning someone is buying it cheaper...aha, that reminds the Nobel winning concept on Information asymmetry - Information asymmetry models assume that at least one party to a transaction has relevant information whereas the other(s) do not.

What if consumers are to unite to re-balance the demand and supply ? What if consumers all boycott the ones with higher prices and go for the one with lower prices ? Of course, demand and supply may suggest that eventually due to overwhelming demand, the price may go up too.True, but then again, what if when it goes up, consumers again boycott it ? Will this create a more efficient and competitive economy ? Would do this partially resolve escalating consumer goods prices?

What if we have a database of all the goods with prices and locations ? What if we create communities or groups to exercise our invisible hands to correct the market from businessman who are extremely greedy in profit margin ?

This far fetch idea in theory can shape the market for the better and probably disrupt the operating model of various industries...

I find playing up the Hudud law is quite tiring. It's a real wonder if sometimes ideology in the air doesn't meet the practicality of reality. The second equally tiring is the age-old comment of non Muslims don't get it.

It's natural for PAS to champion the Islamic state because that's where their ideology began for their party. However, have they really thought of the reality ? Could Pakatan ever accept it ? To quote one of their members " Over My Dead Body"

If Pakatan will never implement it and PAS never wins the national on its own. Why is it still so hung up about it ?

That brings the next question, what is PAS's role in the coalition ? To preserve and attract the conservative Muslim's votes ?

Sure, explanations on it only concerns the Muslims will never give the comfort level to the rest. It's a fear. A real fear. Sometimes, education on the fear will just re-amplify the fear of what is the next level they would do if they are allowed to do so.

Well, yea... it's better for the politicians to understand what we think of it. Let's be practical. There's a reason a segment of population won't accept it now and forever.

Therefore, for whatever reason, Najib's firm answer is just "cool". No matter if somebody say that was a political gimmick or whatever, at least he answered it with plain logic it is not practical. Why is it so hard for others to understand that plain fact ?
Posted by Observer at 10:07 AM No comments:

Is 6 percent service tax REALLY going to affect the livelihood ?

Many people are complaining on the move by the Telcos to pass the 6 percent service tax on prepaid mobile services to consumers. The politicians from both ends are against it, the Prime Minister is against it after hearing public feedback.

It’s not unusual for politicians to go against it because it scores brownie points for them “caring” the citizens in the midst of rising cost of living. Any politician who is in favour of it would be perceived less “considerate” for the masses.

However, what bothers me is, is that 6% REALLY a big deal ?

Sure, having to pay extra is always not going to get a positive feedback ? Who wants to pay more ? They even ask people on the street if they believe it’s a bad move, of course they would say so.

I usually tell my clients anything less than 15% is in a zone of relatively indifference because you won’t notice / feel such an impact.

Now 6% and everybody is complaining. They say the people who are most affected are the low income and students who are the mass users of prepaid. Now, let’s do some simple arithmetic.
There was once my bill was RM 1,000 per month. 6% would be RM 60. That’s a lot. I can eat a good decent meal on it.

So, are they arguing for the sake of arguing or is the RM 60 is going to make a whole lot of difference in today’s rise on cost of living ?

I wish there’s one opposition politician who would stand out and do this simple mathematics and go against the populist believe.
Posted by Observer at 2:33 PM No comments:

Email ThisBlogThis!Share to TwitterShare to FacebookShare to Pinterest
Labels: Comments

Leverging the best you can

Busy like crap... juggling projects all with identical timeline. Interestingly my main obstacles are more internal than external clients.

I guess, a measure of how good you are at doing what you do, is not merely when you are equipped with the best assets and tools... but more on how you can leverage on what is available and still able to produce a solid result.

Interesting, I like Eat Pray Love more than my partner... 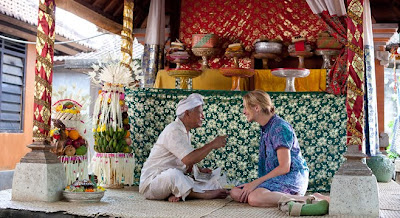 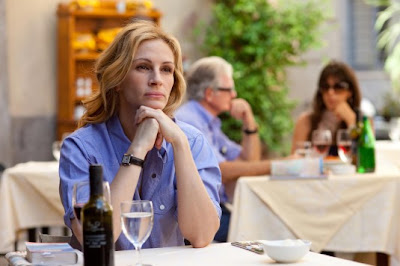 The movie wasn't the kind that entertained me throughout... honestly it was within my expectation in first 120 + minutes...

... somehow the last 5 minutes were what changed my mind into how I perceived this movie...


"To lose balance sometimes for love is part of living a balanced life."

Classy quote... and it was after this quote, the last 5 minutes made it interesting.


I Ate some sweetcorns while watching it, Prayed that i won't fall asleep... and ended up loving it.
Posted by Observer at 1:27 AM No comments:

Email ThisBlogThis!Share to TwitterShare to FacebookShare to Pinterest
Labels: Movie

KEPALA BATAS: Nine senior citizens here have given back the RM100 reward they received from the state government since they feared that the money could have come from gaming activities.

Is that to say, public funds needs to managed and channel with a clear distinction what is haram and what it is not ???


Instead of blaming that the senior citizens are becoming victims of Umno’s political game....

Would the senior citizens change their mind if they were told that the public funds that has benefits the communities are partially from these "haram" money ?

I wonder
Posted by Observer at 11:52 PM No comments: 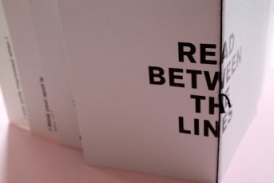